A long time ago in this very galaxy I had the opportunity to be in the inaugural class of the now infamous Animation Mentor character animation school. During my time there I was asked by former Pixar animator and school co-founder, Bobby Beck, to write an ongoing comic for the school’s newsletter.  The series was called F5, named after the keyboard shortcut that refreshes your current web page an activity many of us engaged in while waiting for the school’s online application to launch. I’m not sure how many strips I wrote and drew but this post serves as the archive of the ones that have not be lost to pre-cloud data transfers and corruption. 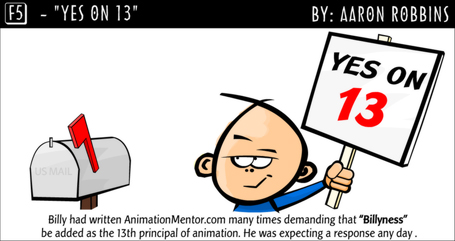 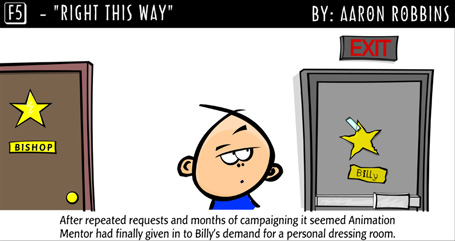 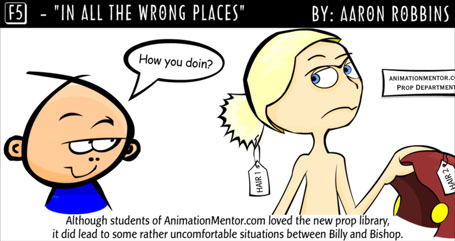 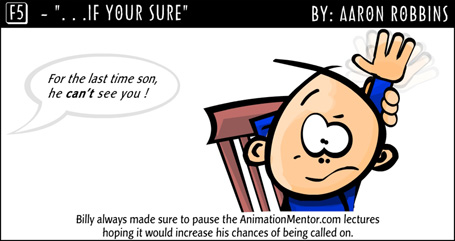 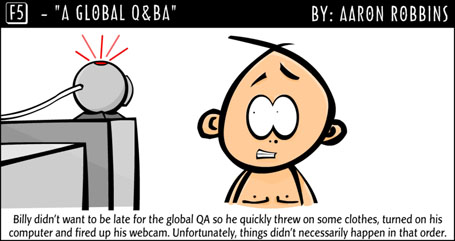 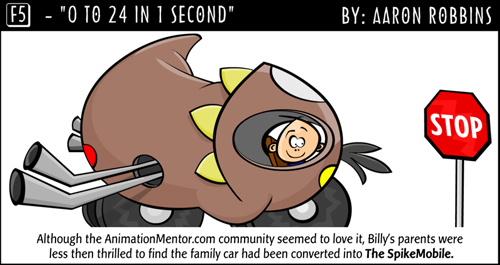 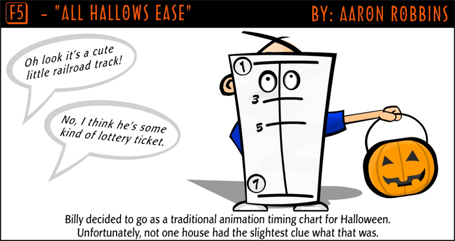 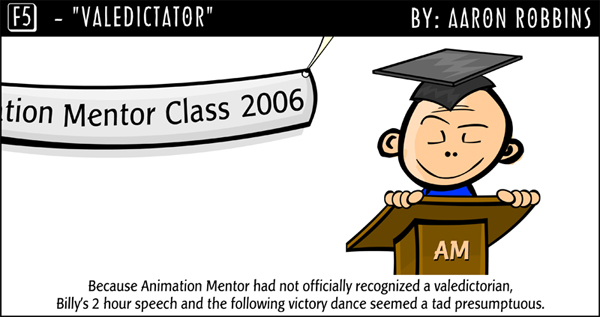 Hi. I'm Aaron, a game developer, web designer, author, illustrator, sculptor, YouTube personality and podcaster. I'm passionate about the creative process and love equipping others to make things. I run a summer coding camp for kids, teach character animation and produce a series of whimsical podcasts for families on the road.

I think of art as a two step process.  Step 1: Inspiration. Step2: Creation.  Sure,…